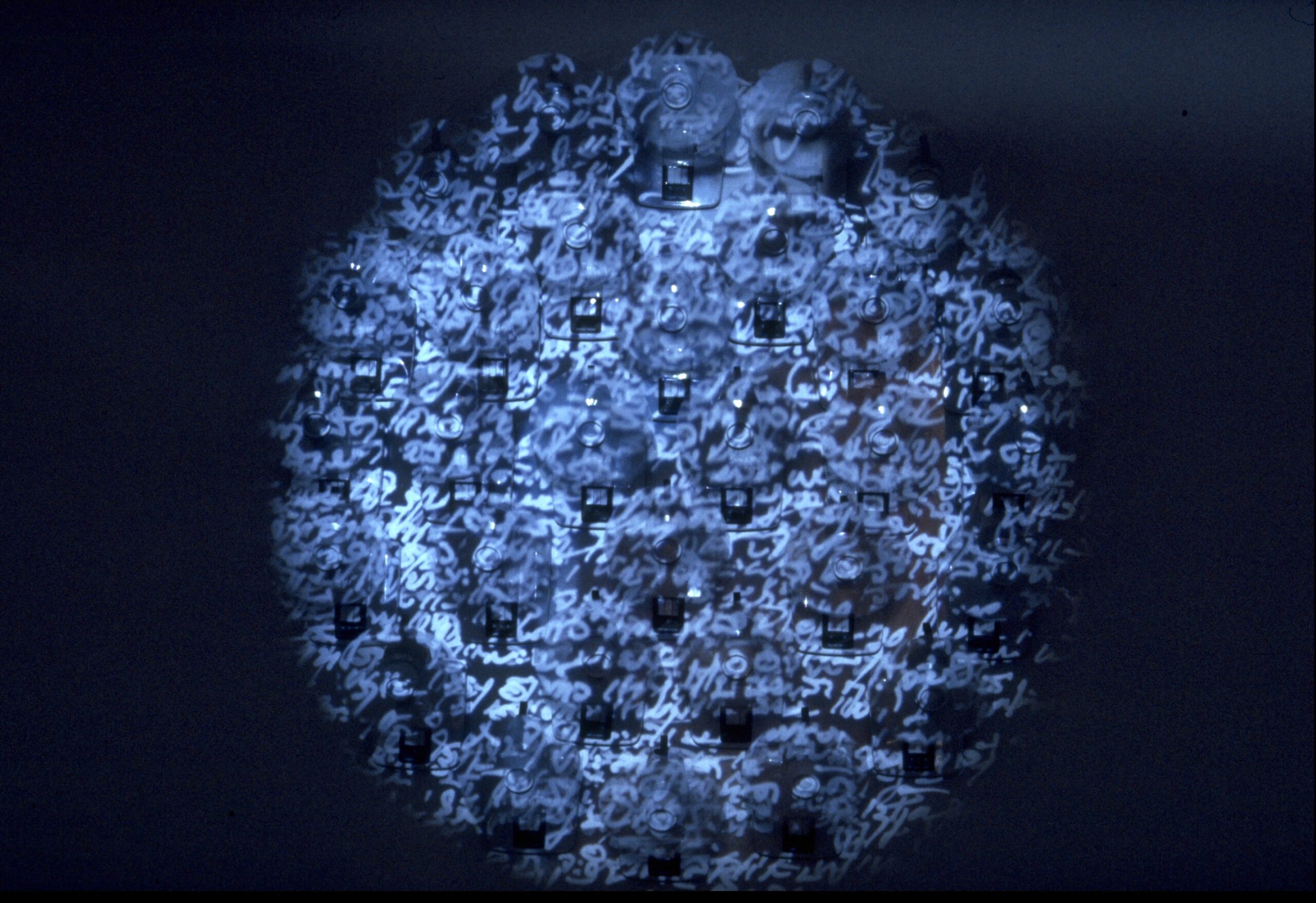 ‘Fragments’ (Vong Phaophanit, 1990, The British Art Show, Hayward Gallery, London) is to be shown as part of this survey exhibition at IKON Gallery. Courtesy of The Arts Council Collection.

The fourth in a series of surveys of Ikon’s artistic programme, this exhibition is a review of the 1990s. Comprising work by artists who featured in exhibitions and other projects at the gallery in John Bright Street during the period 1989-1997 and then at Ikon’s current premises in Brindleyplace until 1999. This decade saw Ikon becoming more internationalist, placing particular emphasis on the Americas and, towards the end of the 90s, Australia. Concerning the representation of British artists, there was an eclectic mix ranging from painters such as Basil Beattie and Lisa Milroy to the more overtly experimental practices of artists such as Georgina Starr and Mark Wallinger. There was a distinct openness to black and minority ethnic artists, often based locally, such as Keith Piper, Donald Rodney and Zarina Bhimji.

A Very Special Place: Ikon in the 1990s is supported by The Grimmitt Trust.