All the World is Two

Our point of departure for All the world is two was a kind of cavernous emptiness, that feeling an artist gets when he or she is alone in the studio, confronted with the proverbial blank sheet of paper. But this sheet of paper was vast and voluminous, an empty tank – the void at the centre of an inner city car park. So, ideas and images began to circulate: we liked the idea of introducing a sense of alien presence into the void, something unprocessed, a kind of antidote to the smartness of the surrounding designed and built environment. We wanted the work to have the capacity to generate multiple layers of metaphor and thereby transcend any narrative impulses. People should be able to engage with it visually, viscerally, and be accorded the same freedom we had been, to generate meaning from it. We made forays into the imagery of neurology and botany only to leave it behind and begin to imagine our own generative systems, homespun organisms of growth and connectivity. The ‘twin figures’ began to materialise and they seemed to embody both sameness and difference: they were duplicates of each other, but inverted, and seemed to create both visual and discursive circulation. The fact that they were built of light (neon) challenged their separateness: where light meets light there is no border, no partition but instead a kind of symbiosis occurs: a discursive and aesthetic space or ‘void’ is opened up and out of the figures’ duality something else, ‘in between’ literally ‘comes to light’. We spent hours playing with different juxtapositions of coloured neon, enjoying for a brief moment the idea of a blue/pink, girl/ boy thing, only to ditch them all and return to the ‘clear red’ we knew would literally fill the void, transforming it into a tank of limpid colour. The process of bringing All the world is two into being was one of conceptual and material production. The void offered itself as a kind of specimen jar for an unknown, unnameable species. It was the vital vacuum for this generative process.

Taken from an interview with the artists and Sarah Collicott 2005 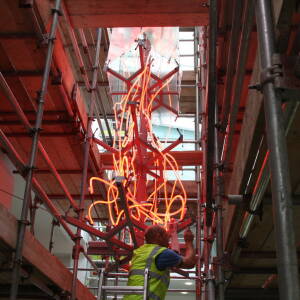 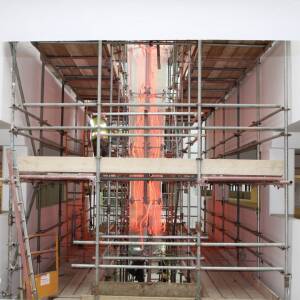 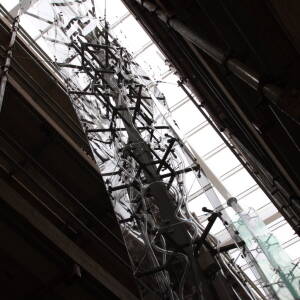 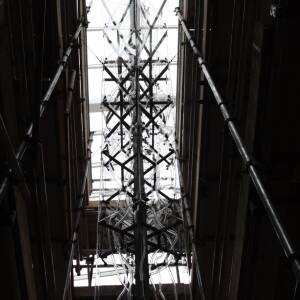 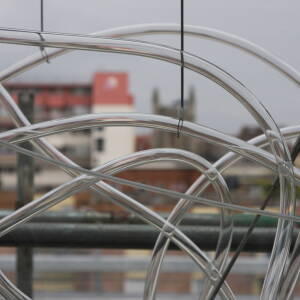 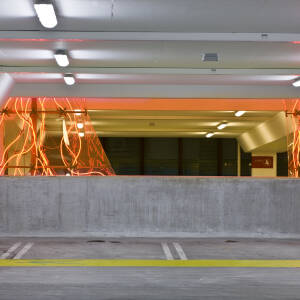 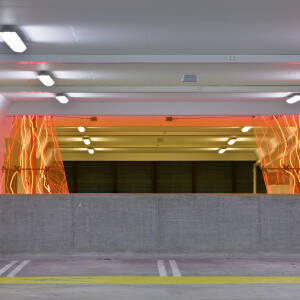 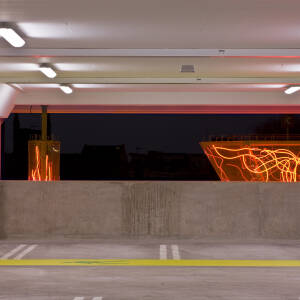 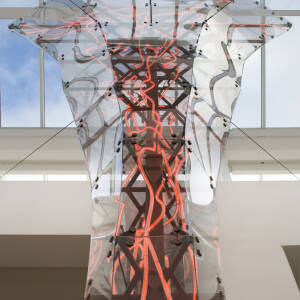 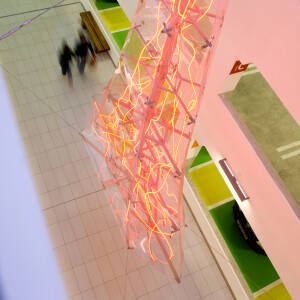 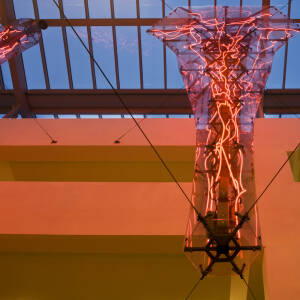 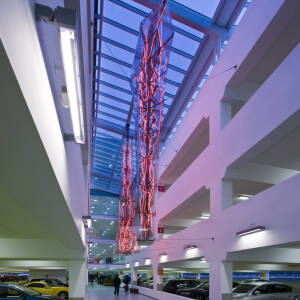 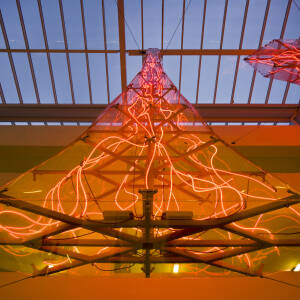 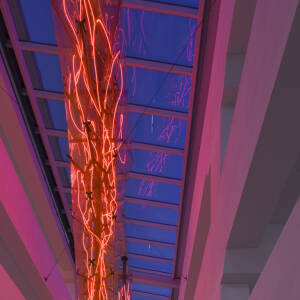 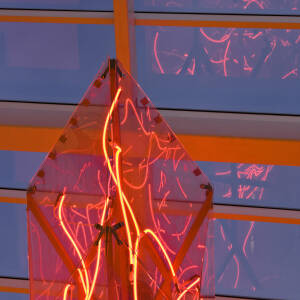 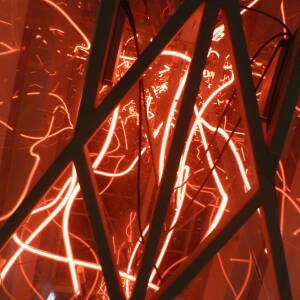