House of Dreams can be seen as a vessel that holds the possibility for countless imaginings: an imaginary space of potential meaning. In this sense it is simultaneously full and empty, macrocosmic and microcosmic, global and local, public and private. It resonates with the past, the future and the present and it endures.

This piece is formed of painted stainless steel uprights, placed in a carefully constructed gridded pattern. The outer uprights stand full height and form a gentle surround for the inner ones that are shorter and arranged in the 3 dimensional formation of a house. Each upright is four sided and three sides are painted in the three primary colours: red, blue and yellow. The fourth side is left ‘natural’ (stainless steel). The visual effect of this installation is of a mirage-like image of a house that appears, disappears and re-appears as the viewer moves around the work.

The house reveals itself to the viewer through movement. Whilst the piece can be viewed in stasis, it is fully discovered by moving around it.

The primary colours were chosen for diverse reasons: they are playful, robust and hold energy and potential. They have a strong, iconic visual impact whilst also being the precursors of new fusions and combinations – all different colours emerge from the primary three. The fourth unpainted reflective surface suggests an open, clear terrain yet to be discovered, the freedom to re-imagine and re-create ones connection to ones environment and to the world.

This piece has both abstract and figurative manifestations. As a whole, the work is a complex geometric form, a volume within which is ‘held’ the house image. It is the movement of the viewer that confers the work its kinetic quality. At certain angles the house will appear as a strong, intact image but as the viewer shifts position it will disintegrate and fragment and then reform in a shimmering moiré effect. From certain vistas the viewer can see right through the piece to the landscapes beyond. House of Dreams has a chimerical quality – ephemeral but tangible at different moments and from different view points. It embodies the freedom to change, to transform, to re-imagine whilst also being firmly rooted in it’s home, literally planted into the soil.

House of Dreams resonates as much with the future and the present as it does with the past. It speaks a poetic language not a formulaic one, alluding to the possibility of multiple ‘colours’ and ideations of home and to the potential of creating ones own sense of place and belonging. 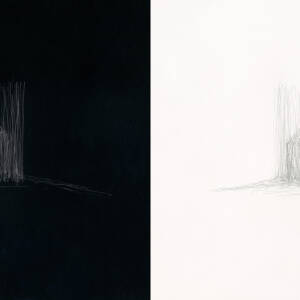 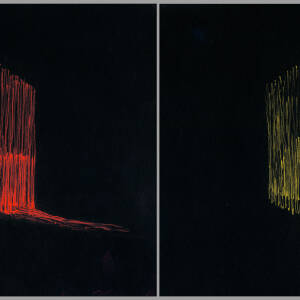 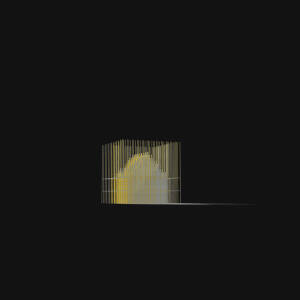 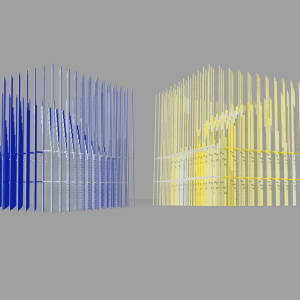 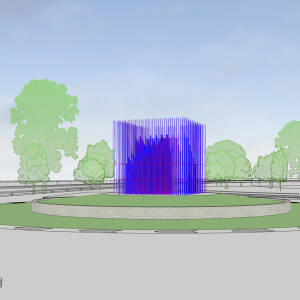 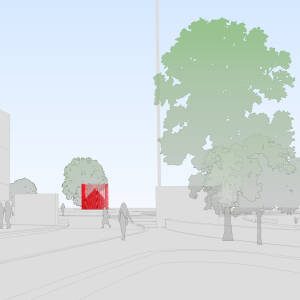 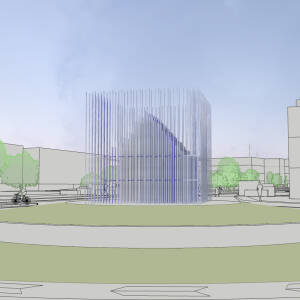 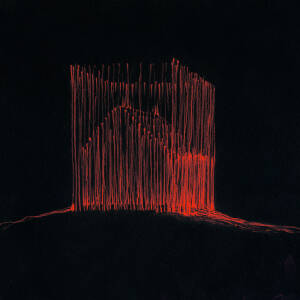 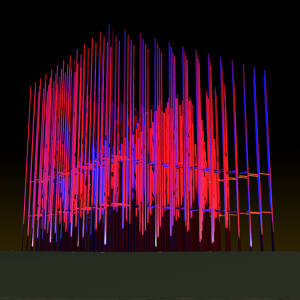 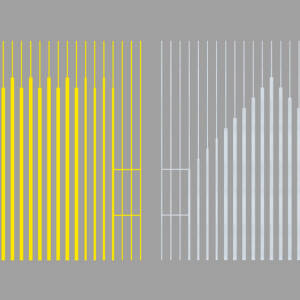 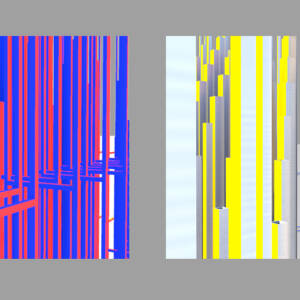