it is as if

A multi layered phrase made up of four simple words or ‘figures’ – ‘it’ ‘is’ ‘as’ ‘if’.  These figures are arranged in strata and programmed to fade subtly into each other to create four different illuminated phrases in a randomised order:

it is as if

as if it is

is it as if

as it is if

The programme will also fade randomly to show all the strata of figures illuminated simultaneously (shown in drawings). 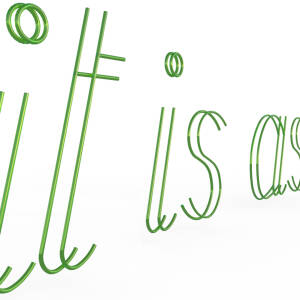 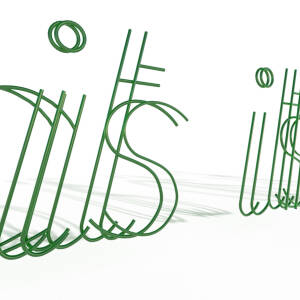 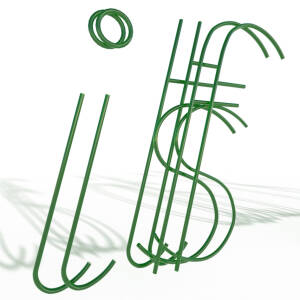 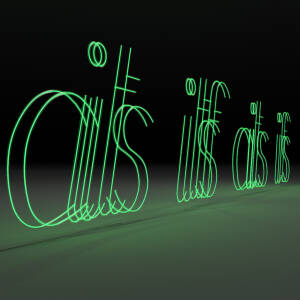 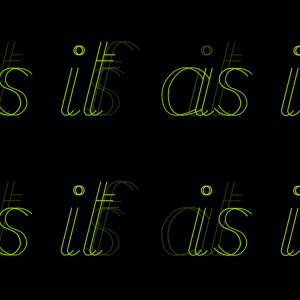 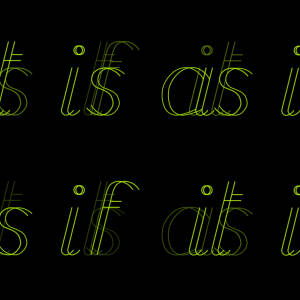 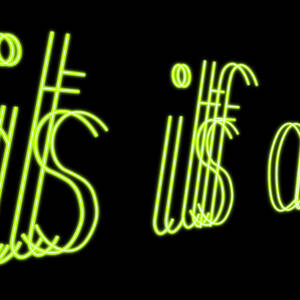 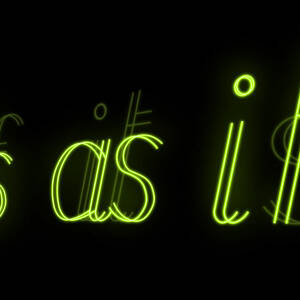 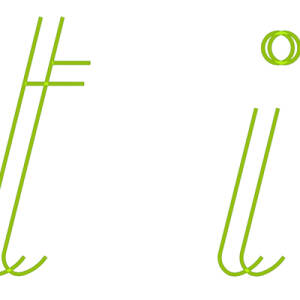 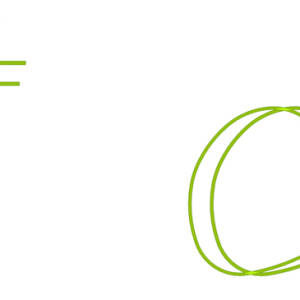 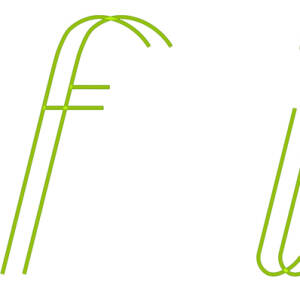 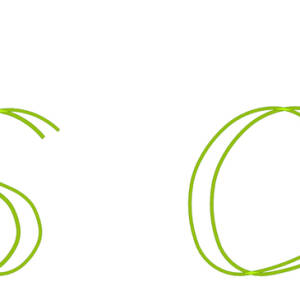 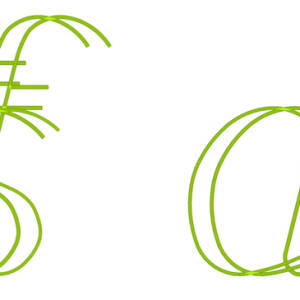 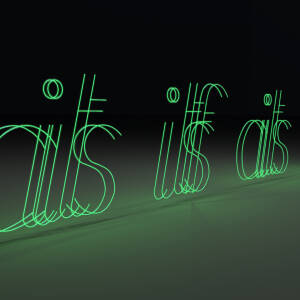 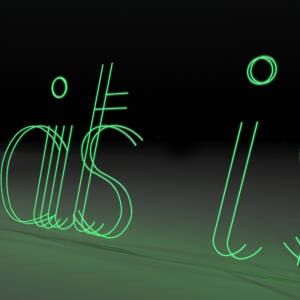 This work explores the idea of what language is, what it is made of and how it creates meaning. It brings to light the materiality of language, showing it as matter in its own right. As the four simple language ‘figures’ shift, slide and change position so the provisional meaning and resonance of the phrases changes, but there are no answers, they impart no definitive message. As the programme fades into all strata illuminated simultaneously the semantic dimension of the work is suspended and it is pushed towards its material dimension. In this way the work slips from language to matter, back and forth.

We have deliberately chosen to create our own style of script for this work. It makes reference to the commercial font scripts but discreetly unsettles them: the lines used to create the words are left open, as if the words themselves were open to the passage of all that surrounds them.

The work itself is an open-ended metaphor, a gentle challenge to the creative potential of each and every viewer that we can engage in the process of meaning making. What the viewer is offered conceptually is a sense of the fragility and malleability of meaning, its ability to change and mutate – its openness. And what the viewer sees is the plasticity of language, its material dimension.

it is as if presents an antidote to the idea of language as the simple purveyor of messages, of ready made meaning, and shows the other side of language: its availability for the creation of new meaning and its materiality. Therefore, as a sign, this work is functionless, it imparts no message and as such, we believe, it would have a strong resonance for this project, acting as a gentle poetic detour from the ubiquitous vernacular of the adverstising slogan.