The work evolved out of the very particular anatomy and ethos of Hull Truck Theatre. Wright and Wright’s architectural scheme, through its unencumbered and understated aesthetic, makes tangible and enables the desire of the theatre to ‘speak with’ the world beyond it by reducing the sense of frontier between theatre and street. The border still exists but it is navigable, traversable and has a sense of permeability. The foyer space is an example of this: the decision to have no level change between theatre and street renders the passage from one to the other seamless and fluid which in turn engenders a sense of non-exclusivity. The pared down productions with minimal sets of the Hull Truck Company again demonstrate this ethos of rigour and accessibility and it is this that we took as our point of departure for Light Curtain.

The work takes the form of a double-tiered curtain of light situated across the aperture in the roof terrace. It pulls back slightly into the terrace space to form a triangular shape and ‘spills out’ beyond the theatre wall, projecting into the street space beyond. In this way Light Curtain blurs the boundary between theatre and street, traversing its borders and creating a presence ‘in between’. It creates a visual and conceptual diffusion between polarities. Dual sensors, positioned one inside and one outside of the theatre, collect data and feed the light patterns of the piece creating a vacillation at the border of internal/external space – the work is therefore literally animated by the ever-changing energy within and beyond the theatre. Light Curtain might be said to incorporate a sense of breath, of breathing – in and out. 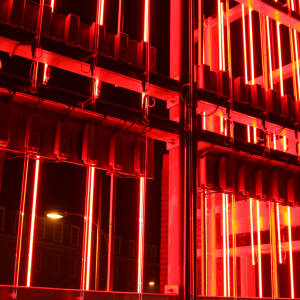 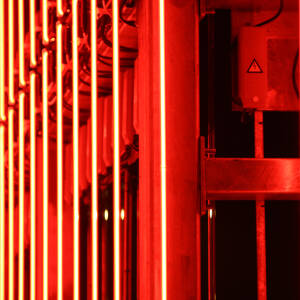 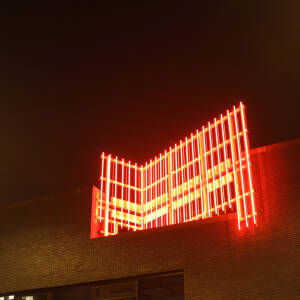 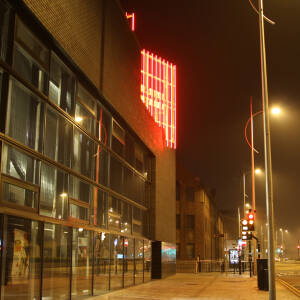 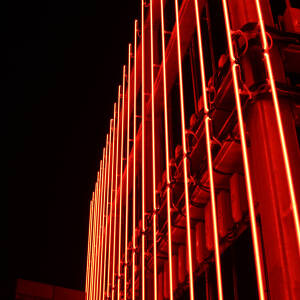 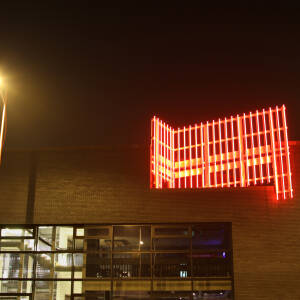 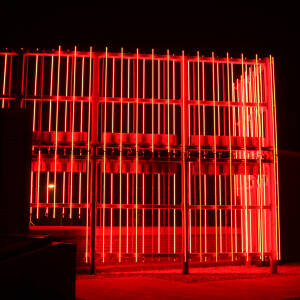 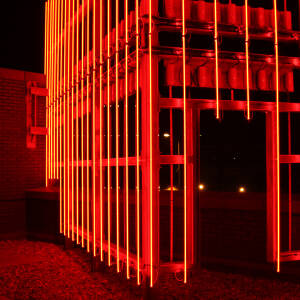