‘Light Veils’ illuminates not only the ‘border’ between town and sea (the Esplanade) but extends out into the sea itself, acknowledging it as a fundamental and integral element of the town and creating a connective current between land and sea, an open metaphor for the town’s past and for its future.

The work takes the form of a series of bespoke, low energy, illuminated columns from which vast vertical and horizontal ‘veils’ of light are projected, stretching out over the beach and into the sea at a gentle angle, eventually disappearing into its surface. Each ‘light veil’ projects out from a significant point along the promenade, creating a sequence of unique sources of illumination. These departure points also correspond to several main ‘arteries’ leading onto the esplanade from the town. In this way the work reflects the topography of Weymouth, extending the energy of the town beyond its physical limit and out into the seascape. The light veils themselves are translucent and form no physical barrier or partition thus creating a significant visual presence without the imposition of heavy physical lighting elements into the landscape/seascape. The physical presence of each veil is dependent upon the variations in climatic conditions  – any particles in the air  (rain, fog, dust, sand etc.) are ‘caught’ in the projected veils creating multiple minute physical changes to the ‘materiality’ of the light. The quality of the light is subtle and fragile – like an ephemeral, shimmering, luminous mist which responds directly to the natural elements around it. In this sense the Light Veils materialises and makes tangible that which would have otherwise remained un-seen. The visibility of each veil shifts and fluctuates according to the movement of the viewer – therefore the work is in a constant process of transformation as people move around the space of the Esplanade and beach. 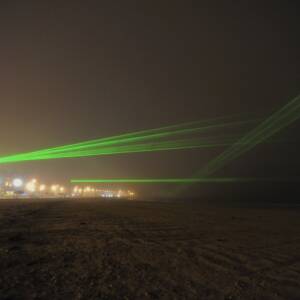 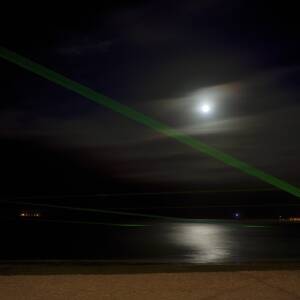 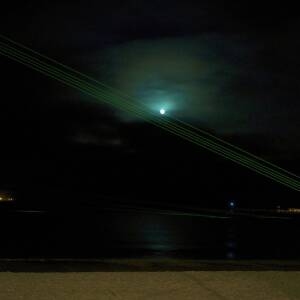 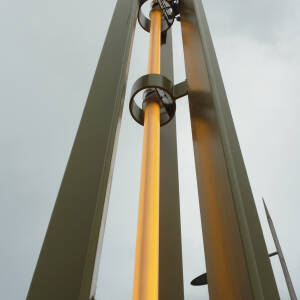 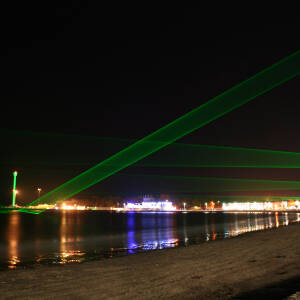 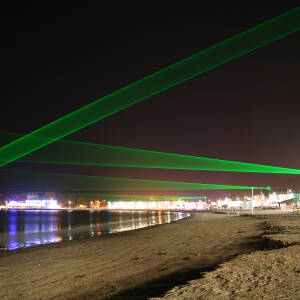 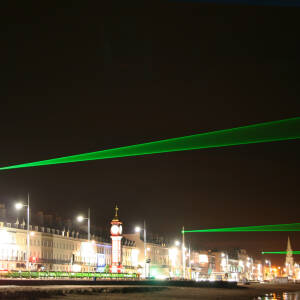 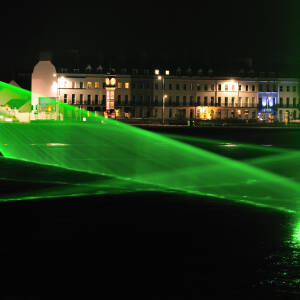 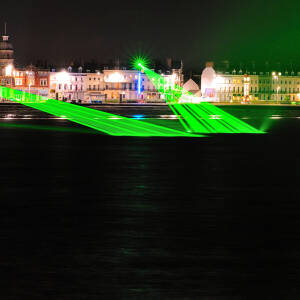 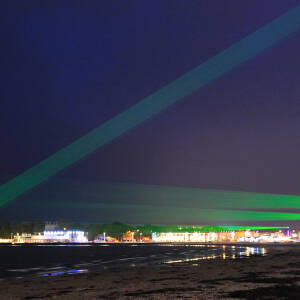 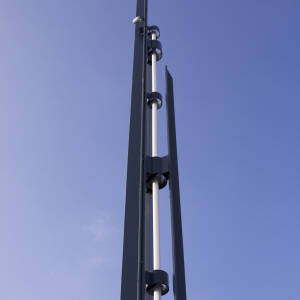 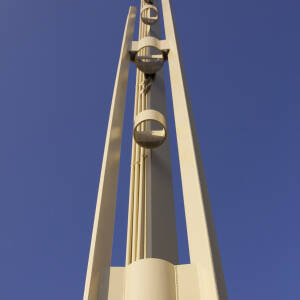 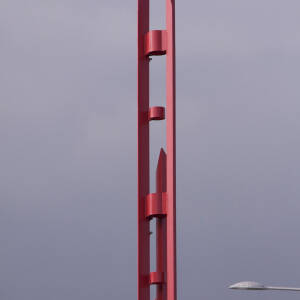 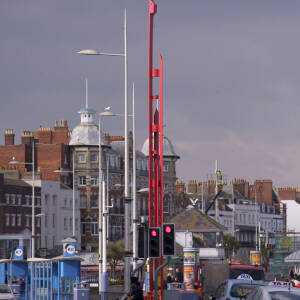 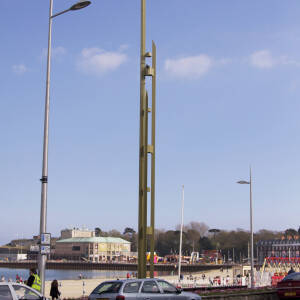 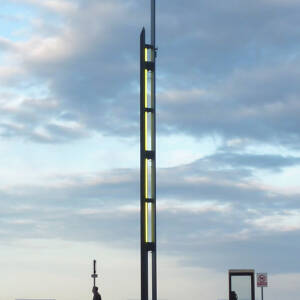 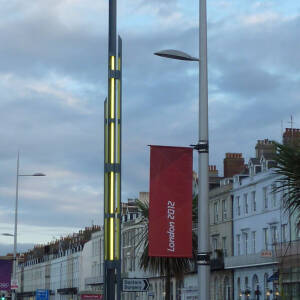 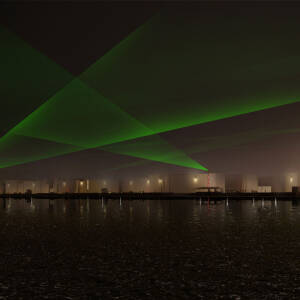 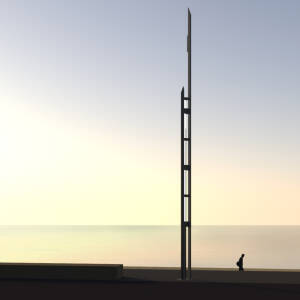 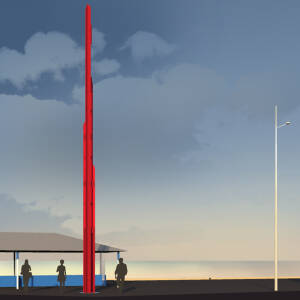 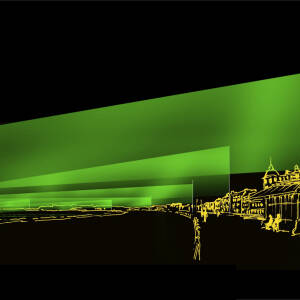 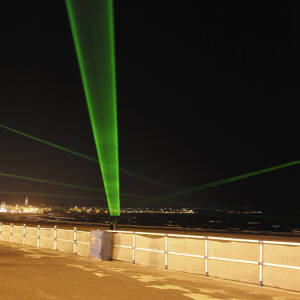 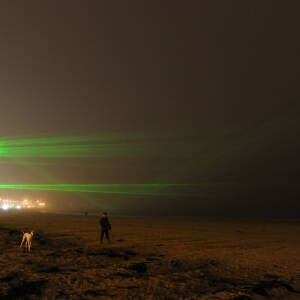 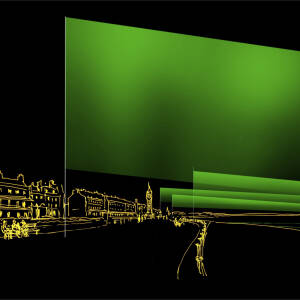 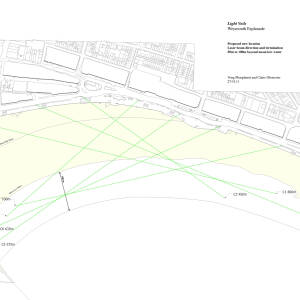 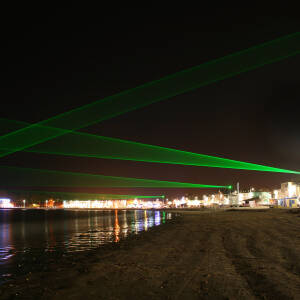 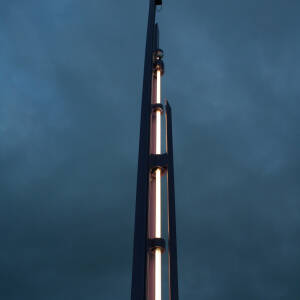 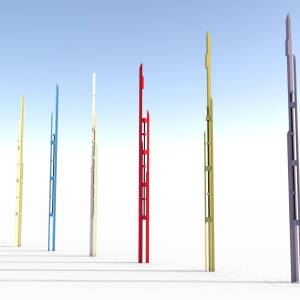