Vong Phaophanit and Claire Oboussier (transcribed from a conversation), July 1993:

The most commonly asked question in the face of Litterae lucentes has been ‘what do the words mean?’ as if this revelation would provide the answer to the conundrum posed by the work. The assumption here is that there exists a central, replete meaning to be revealed. Paradoxically, the words of Litterae lucentes deny access to the semantic; they cannot be read in the usual way. They can only be seen. This work allows that there can be different meanings other than semantic. The literal meaning of the words matters little (an assiduous viewer who took the trouble to translate them from Lao to English would be left frustrated, ‘in suspension’ as they reveal little of interpretative significance).  A frustration is deliberately provoked. To name is to possess, to own, to control – just as the ‘exotic’ plants that surround the words have been imported and named in Latin. Accentuating the aesthetic quality of these red glowing figures, their materiality, does not remove their semantic meaning but it means that it is their visual effect that precedes their naming function. It is their materiality as it relates with the materiality of the surroundings: the red of the Victorian kitchen garden wall, the different densities of the luxuriant ‘exotic’ vegetation, the typical rural English backdrop of this ‘National Trust’ property, which produces meanings for the work. Litterae lucentes is a poetic nudge to the history that is written and the history that is unwritten, what is told and what is untold. The pulsating neon, radically out of context and yet curiously ‘at home’ here allows the work to ask powerful yet subtle questions about the history of Place, the construction Nation, Empire and Identity, how these ‘immigrant’ plants ended up with their grand Latin epithets, how and why they came to be here at all. 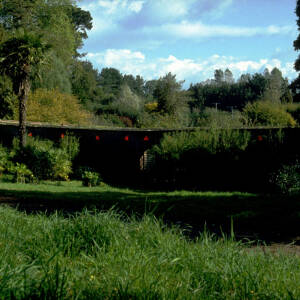 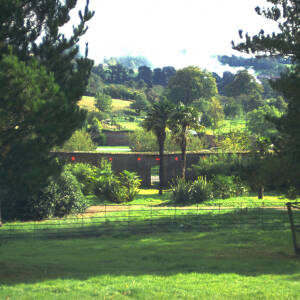 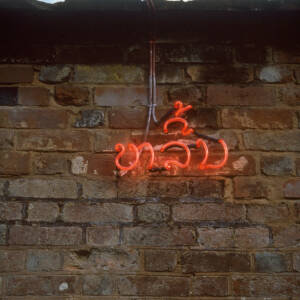 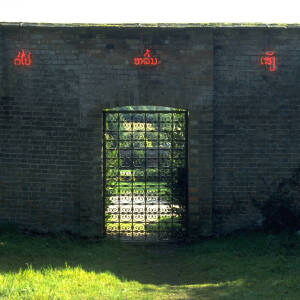 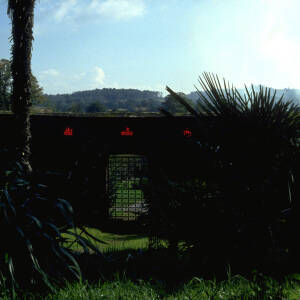 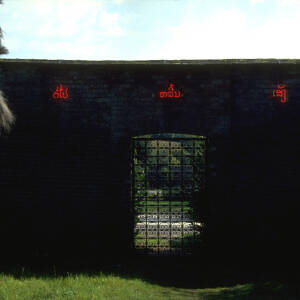 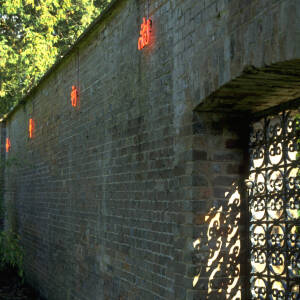 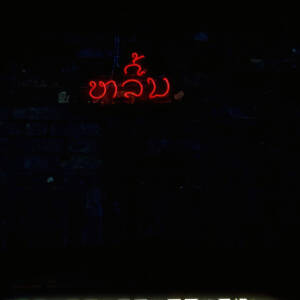