Topography of dreams was a temporary installation in the disused Curzon St Railway Station, Birmingham and part of the Birmingham Art Festival. The work takes as its point of departure the notion of the dream destination: a space (imaginary or real) of projected bliss and escape. It inscribes the dreams of citizens onto the fabric of the city.

We collected ‘dream destinations’ from as diverse a group of the community as possible. A cross section of residents, including homeless people, were asked to note down their dream destination in their own handwriting. Once collected these words were scaled up (to aprox. 600mmx300mm) and reproduced exactly in clear red fine neon. Neon has long been part of the vernacular of the urban space, lending its characteristic ubiquitous glow to the windows of commercial spaces. In Topography of dreams the hand written quality of the signs reintroduces a human trace into the language of neon, an antidote to the more common standardised script. Each word is unique with its own distinctive graphic character. The hand written quality of the signs is vital to the work, relating as it does, directly back to the body of the writer, both as a natural (physical) and cultural subject. These hand written neon signs were installed, suspended above head height in the main space of the disused Curzon St Railway Station, in a ‘layer’ suggestive of a thin cloud. Further neon ‘dream signs’, in various different scripts and colours, were installed in other rooms around the building.

The quality of light produced by neon is such that it inhabits a space, literally filling the emptiness with its glow. The ‘dream signs’, in multiple languages and scripts, often calling up distant places and chimerical lands, simultaneously made the Curzon Street building itself more tangible, bringing into relief clandestine parts of its character and of the city beyond. It is this coexistence that is at the heart of the work. With the positioning of the dream ciphers in the space the viewer is in a constant process of transition, shifting his/her gaze from the real and the present to the virtual and the projected and beginning to imagine how the how the two might co-exist. 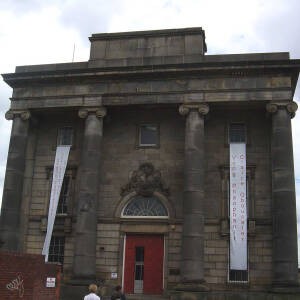 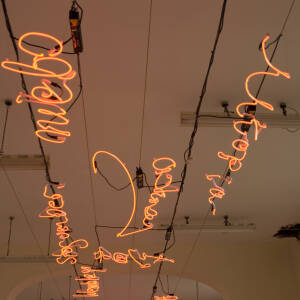 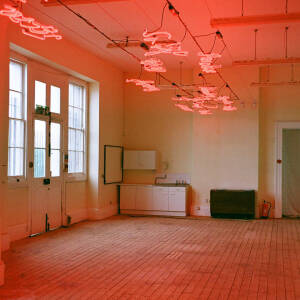 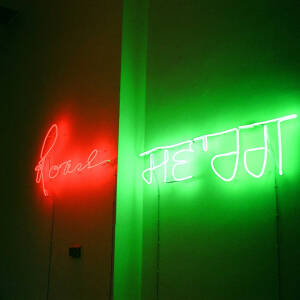 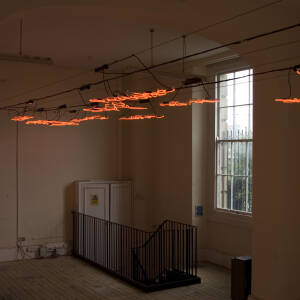 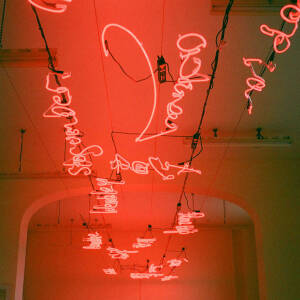 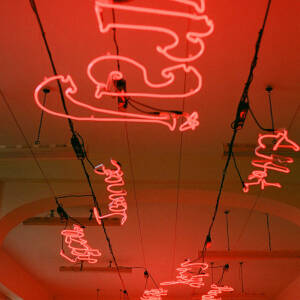 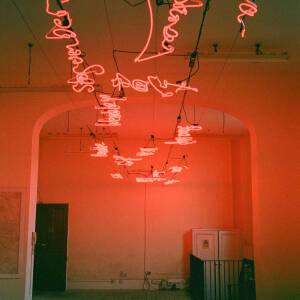 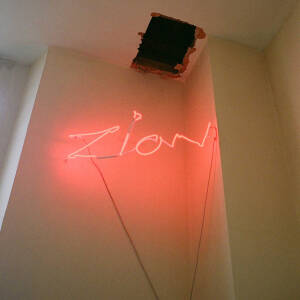 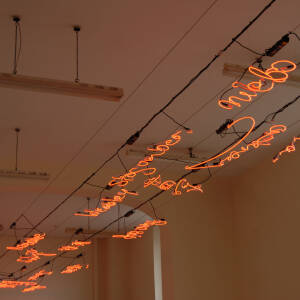 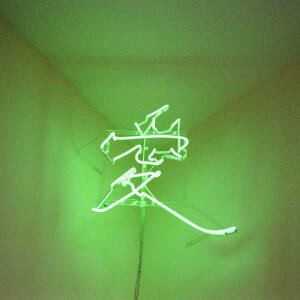 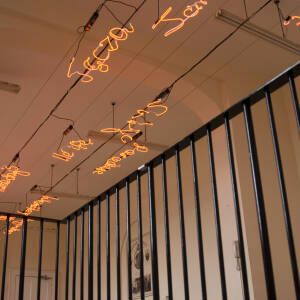 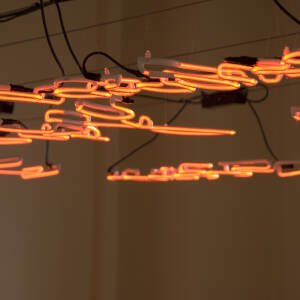