The proposed work takes the form of two large rectangular screens of white LED light (13m x 2m) supported by two steel cylindrical ‘legs’ 2.5 metres above ground level. The piece is positioned at a slight diagonal angle that echoes the passage between the Tate Britain building and the Clore Wing.

At random intervals the light screens will ‘flare’ independently and emit a white expanse of light. When it is the back screen that flares (the one facing Tate Britain) the façade of the building will be momentarily illuminated by a bright wash of white light, reminiscent of the flash of a traditional photographic camera or of a prolonged flash of lightening during a thunderstorm. The front screen will be visible as a blank dark rectangle. When it is the front screen (facing the river) that flares, the building behind will appear dark and the screen will appear as a vast white burst of light. The viewer, at these moments, will have a sense of being ‘captured’ (in a photographic sense). Alongside the flares of light there will also be more contemplative manifestations of light  – slower and more rhythmic.

In daylight hours the flares of light will act as a ‘surplus’ to the natural light – above and beyond it – a tension will be created between natural and artificial light and the light will be ‘contained’ within the space of the screen. At night they will be more potent and dramatic – shadows will be momentarily frozen by the bursts of light and the light will overflow and escape the confines of the rectangle and flood the surrounding space. Climatic conditions and the changing seasons will also impact upon the character of the work as the light will emanate ‘through’ mist, fog and rain – these elements acting as carriers for the light, either increasing its tangibility or lessening it. 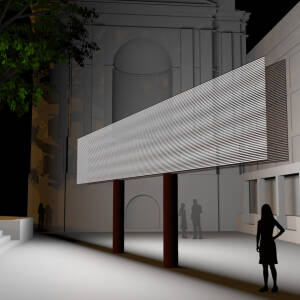 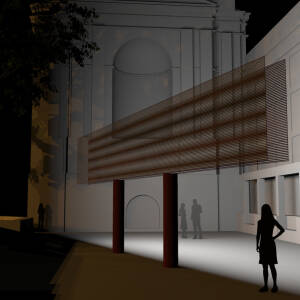 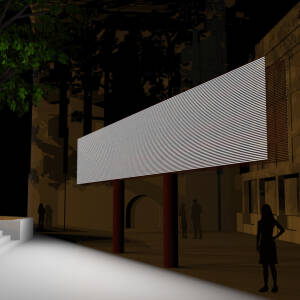 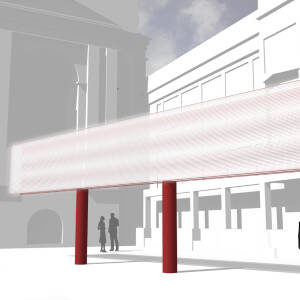 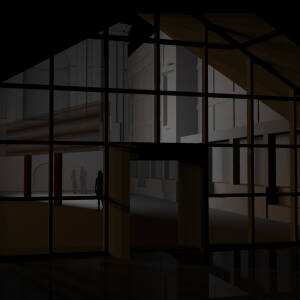 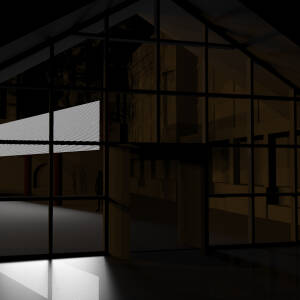 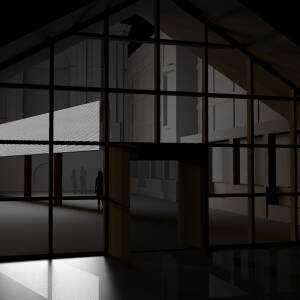 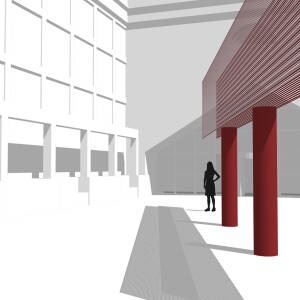 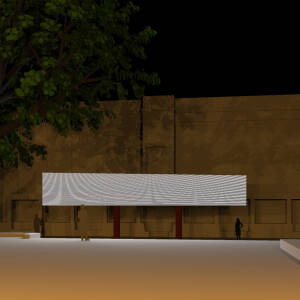 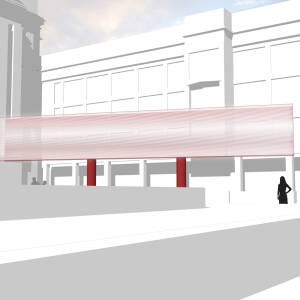 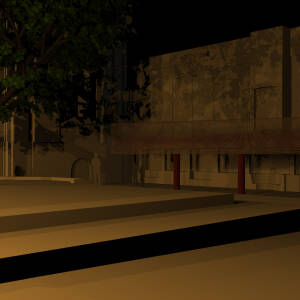 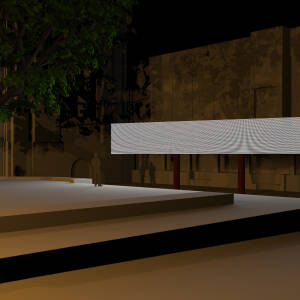 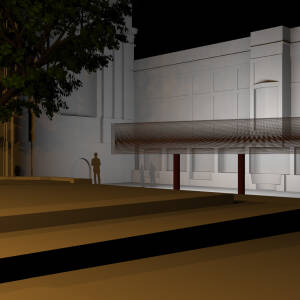 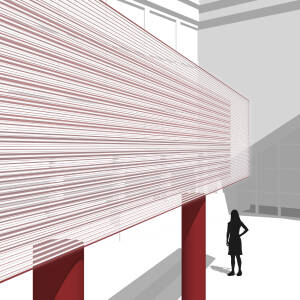 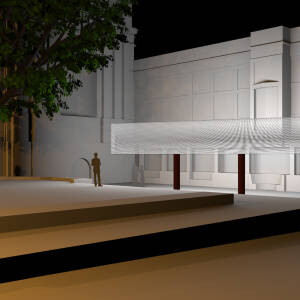 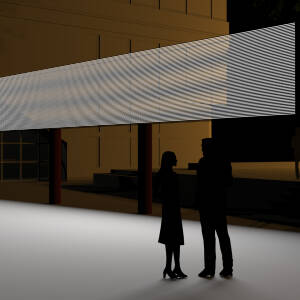 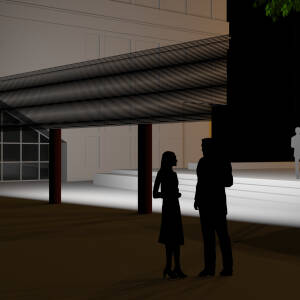 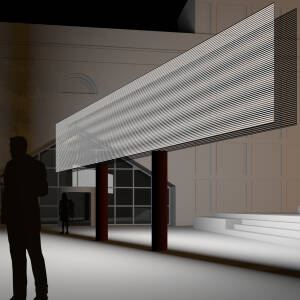