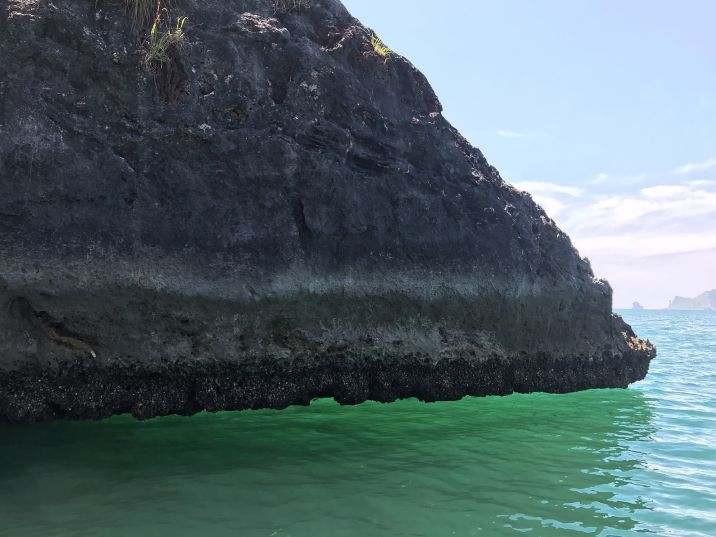 The Office of Contemporary Art and Culture (OCAC), Ministry of Culture in Bangkok, is organising the First Thailand Biennale which will launch in November 2018. The Biennale, themed ‘Edge Of The Wonderland’, will be staged outdoors across a range of natural sites in Krabi, Thailand.

Vong and Claire have been invited to paticipate in the biennale and will be comissioned to produce a new site-specific work that responds to both the theme, the environment and the natural landscape.

“In this curatorial project the wonderland is revisited from its very edge. The term ‘edge’ included in the title has three signifiers. First, it is simply geographically indicative. Similar to other provinces of Thailand on the west coast, Krabi and the venues of the Thailand Biennale in particular, are situated on the coastline and can be seen as part of the edge of either the mainland or the Andaman Sea. It is the start and at the same time, the end of a territory, from which it belongs and departs.

Second, edge has its own historical and cultural significance in the region. In 1872, local villagers unearthed two ancient swords (krabi in Thai) at Ban Na Luang and were presented to the governors. These two single edged swords were once placed crossing each other in the cave Khao Khanab Nam as auspicious symbols during regional development, and later to become the provincial emblem against the background of the Indian Ocean and the Phanom Bencha Mountain. The swords are above all natural beings. They are sacred and yet, their origin and ownership remain unknown. Legends and stories ensue with a variety of versions of interpretations.

Third, conceptually, in the context of wonderland, edge is precisely the border line between in and out. It is a pivotal point; like the rabbit hole in Alice’s adventure, between reality and fiction, the existent and the imagined, the material and the spiritual, the experienced and the unworldly, and ultimately, the known and the unknown. It represents the origination of a wonderland, leading one’s curiosity, and indeed, inspiring one to explore, venture, and imagine.”